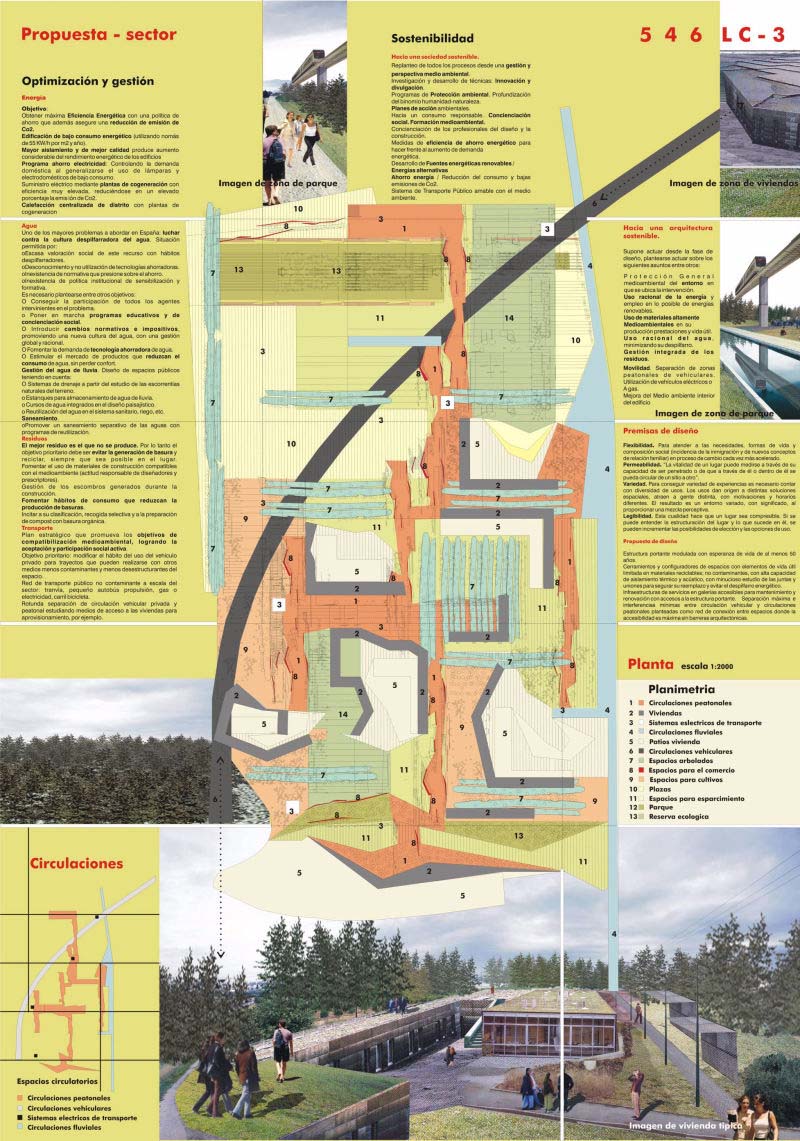 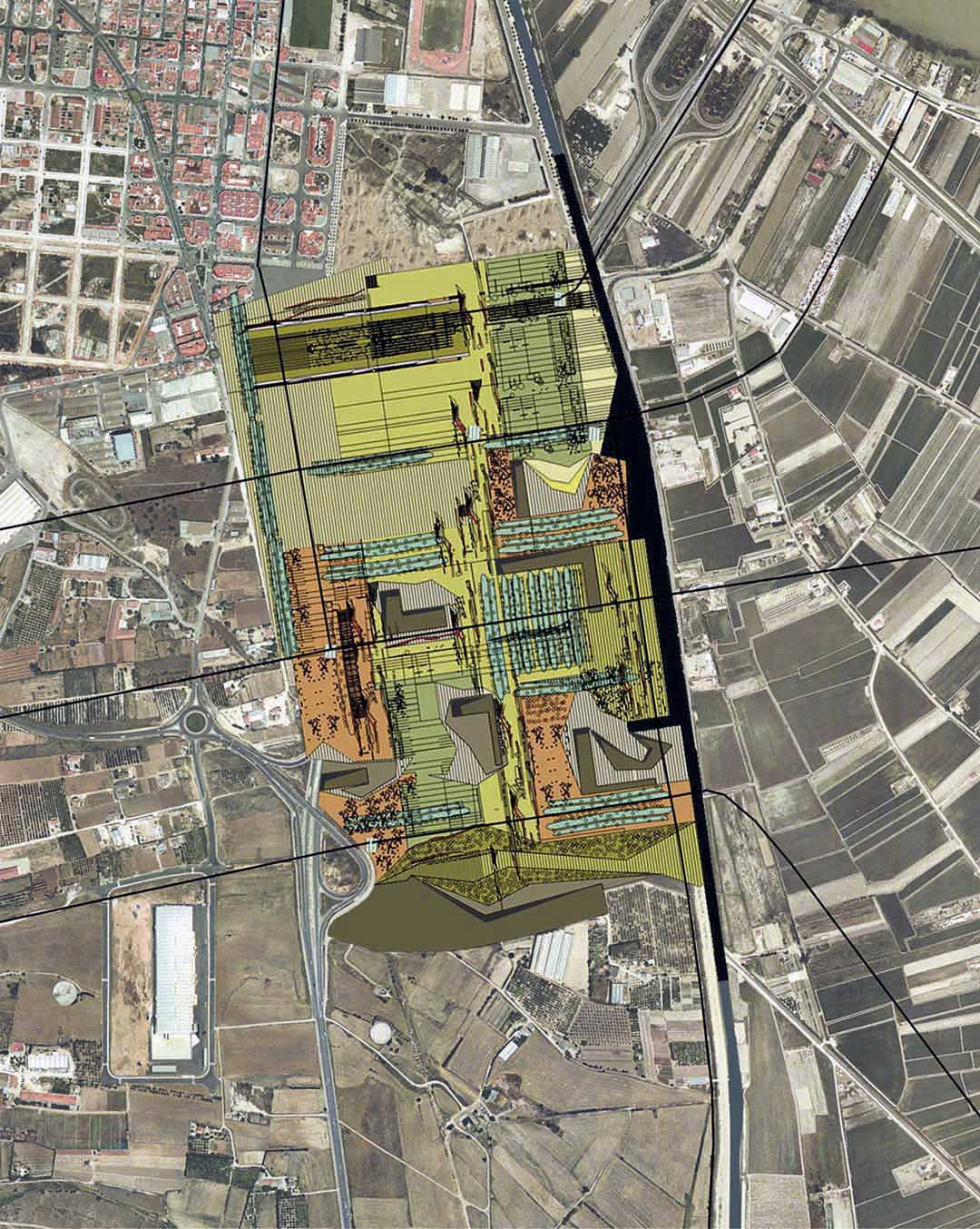 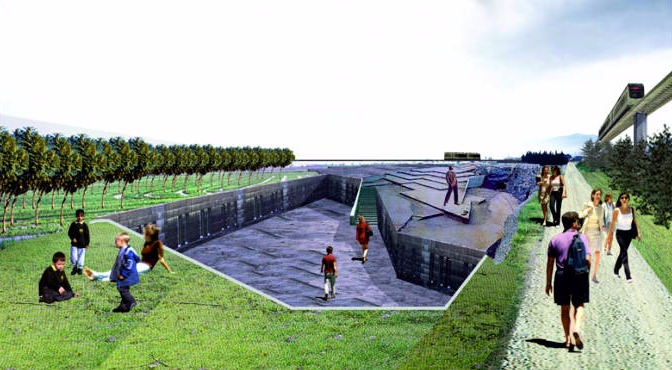 We think of the new sector in the sense of a great public park, laid out in zones and prioritised, interacting with the housing it contains, but without giving rise to any kind of limit. After all, the solution to the problem of LIMIT is for it not to exist. So we believe it is possible for a city to have no limits. This involves in passing, everything relating to growth and flexibility. If we manage to make the housing fabric independent from the parts where it does not exist, then growth is not a problem in terms of fostering new limits, because the fabric does not raise the issue of a limit. We imagine the housing as a partly underground fabric, connected to the great public park by private courtyards (of one or more units) which in turn generate a limit between public and private space. This kind of limit operates in only one dimension because it limits the public/private link, but does not interrupt the development and the continuity of what is public.

The great park could trigger off hugely varied recreational programming, as well as setting apart private gardening allotments for self sufficiency. In the same way, the means of transport begin to be redefined as the landscape is modified. Public (or private) transport is intimately related to the landscape, becoming a recreational and perceptual activity in itself.

We have observed, in any case, that the question of growth in the vertical horizontal dichotomy is really quite simple. The vertical option implies a minimum occupation of land, but this in turn means a complete absence of flexibility, since growth cannot go on upwards for ever! On the other hand, it is also clear just by observing the outskirts of Amposta (or those of any other city) that there is a great void in the occupation of land that man does not make good use of. That is, "room is not what is lacking". However, it would not be very "sustainable" (in terms of global occupation), to propose a policy of land occupation because that also has a limit..., but situating the housing underneath the greenery, and taking advantage of the roofing as green space, is a very sustainable way of "emptying a packed house".