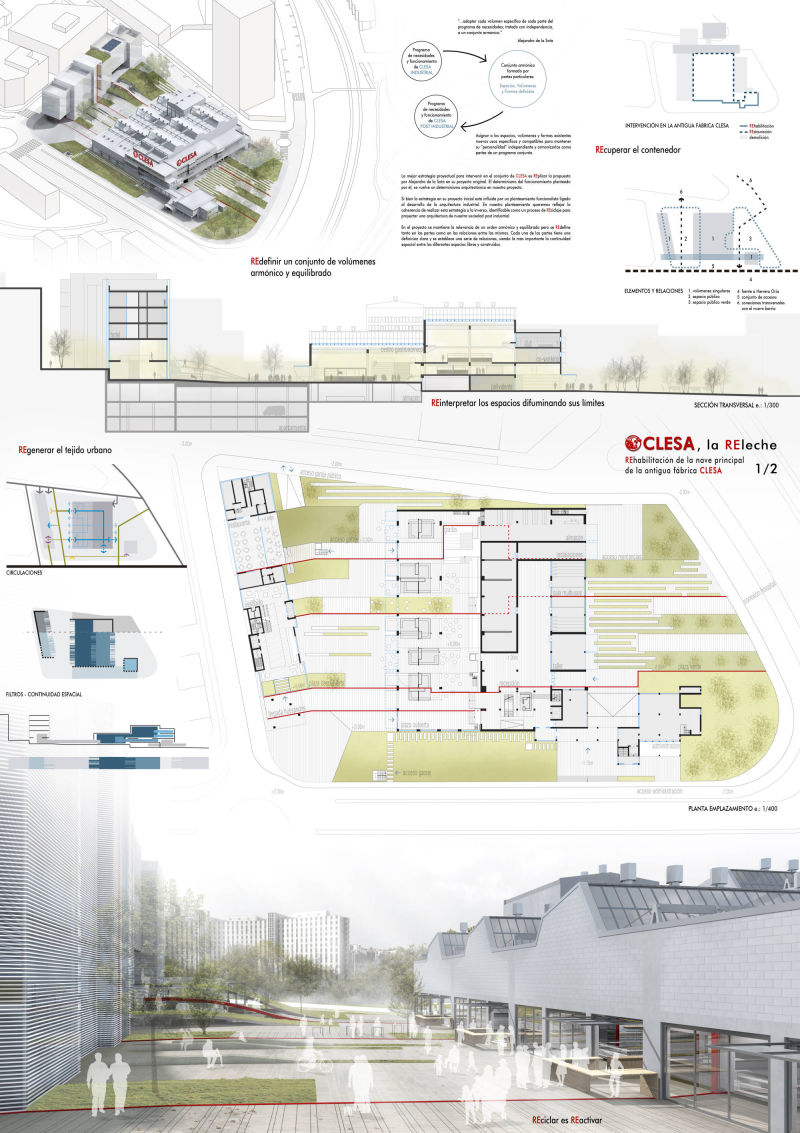 Renovation of the main building of the old dairy plant - Competition

Our project strategy for an intervention in the CLESA complex is to replicate the one proposed by Alejandro de la Sota in his original project, only reconsidering it in an opposite direction.

According to de la Sota, “conceptually, this project corresponds to the idea of adapting every specific volume included in the needs program, dealt with independence, in order to form a harmonic ensemble, where no part loses its own personality”.

This means that if Alejandro de la Sota based his project on a specific needs program in order to define a series of architectural volumes, spaces and forms. We propose to assign new specific uses to the existing architectural volumes, spaces and forms; these functions have to be compatible as well to maintain each part’s independent “personality”, eventually harmonizing all. While Alejandro de la Sota’s strategy in his original projects was influenced by a functionalist approach linked to the development of industrial architecture, in our approach we want to invert this strategy to reflect the architectural design practice in our post-industrial society. It is possible to identify our procedure with a recycling process, wherein a different kind of determinism is assumed.