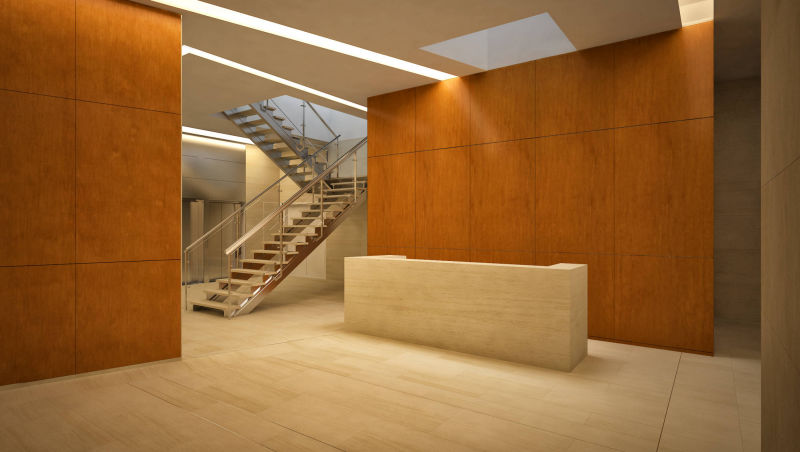 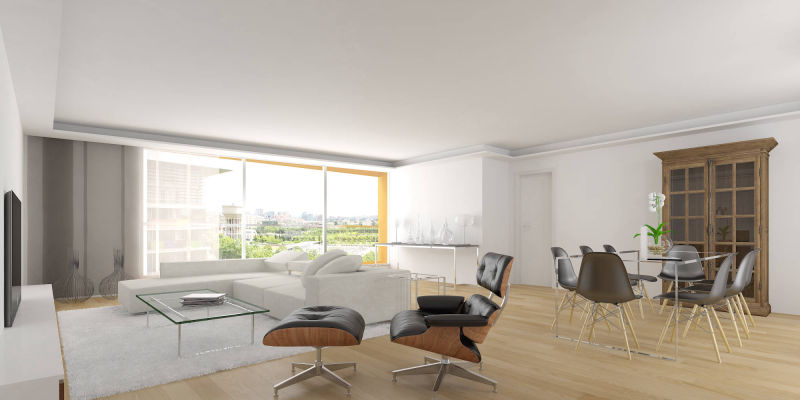 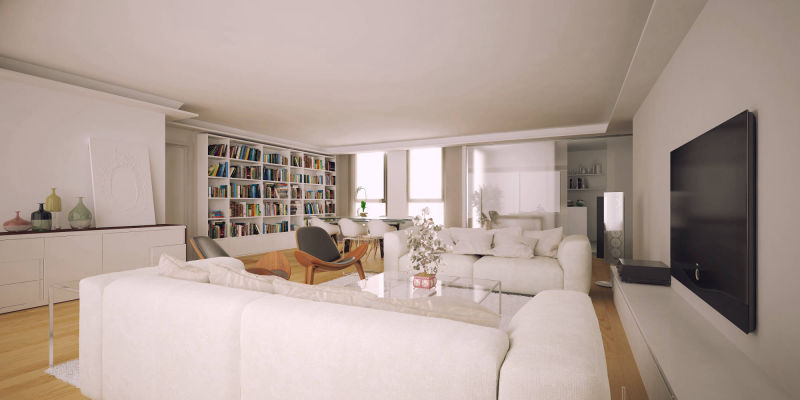 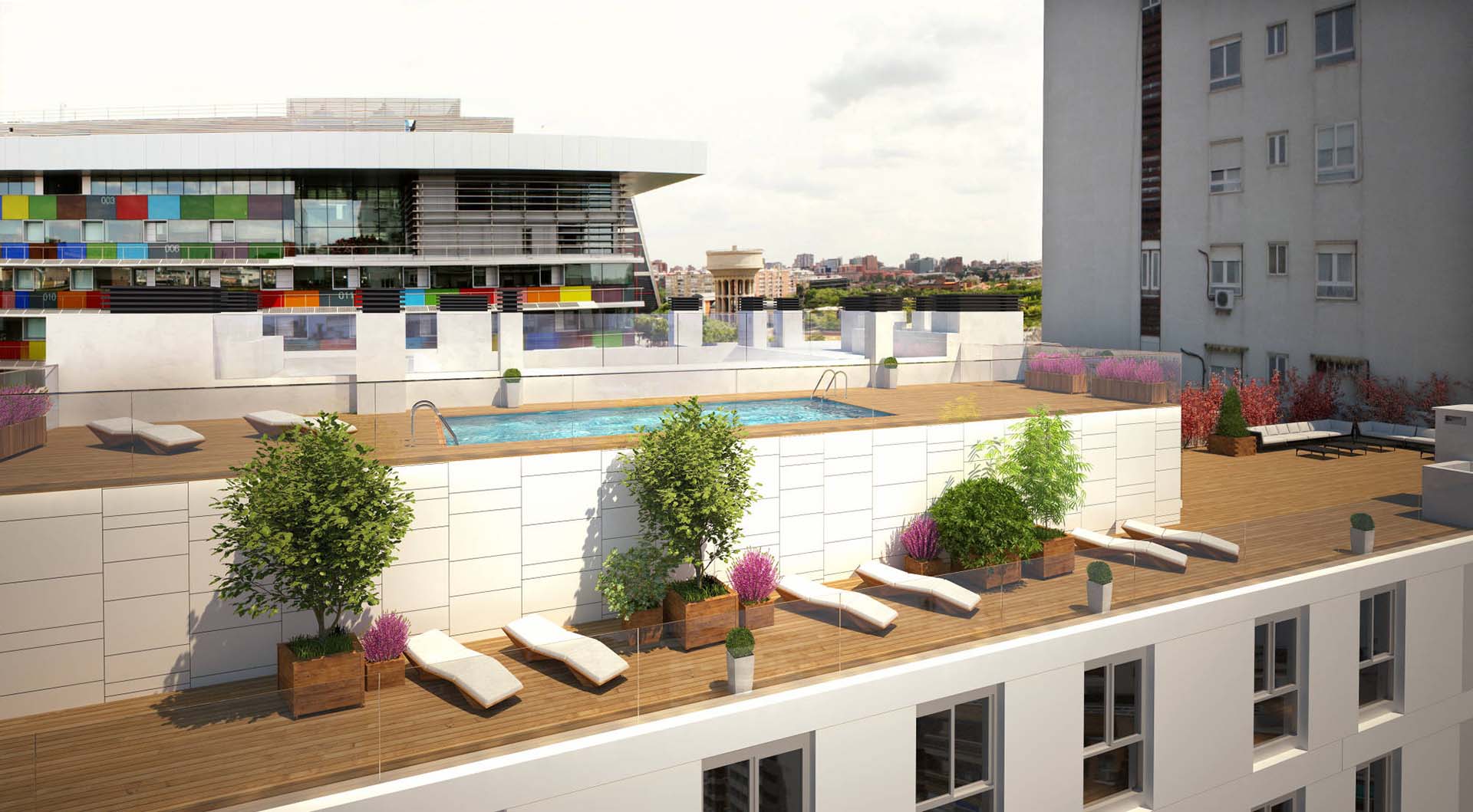 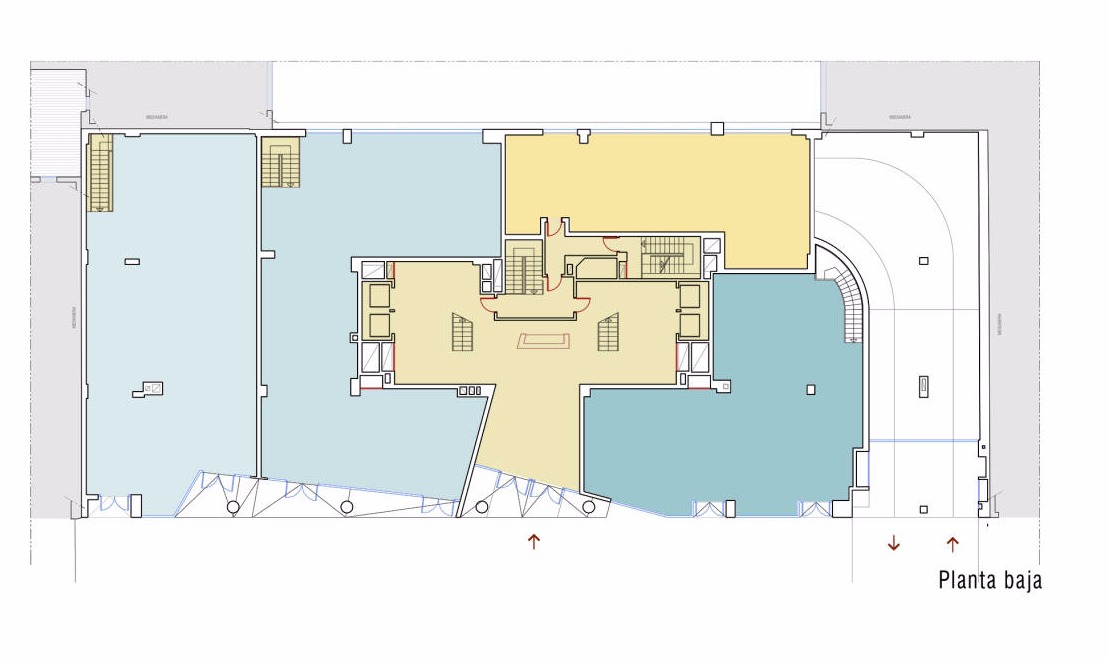 The original Luis Gutierrez Soto building, constructed in the early 70s, had adequate features for those years, although they are totally insufficient for the current requirements of a premium residential building: reduced vertical clearance between floors, concrete slabs without the necessary load strength for the current model building code, inefficient parking use ratio due to the excessive dimensions and bad distribution of the garage’s pillars and illumination interior patios lacking valid illumination for living spaces.

The building’s location, at a midway point between Barajas airport and Madrid’s financial district, allowed to veer the design towards people with needs changing over time. We look to completely reorder the flats with a minimal construction rework. The building’s facilities and structural elements allow to merge two double-bedroom flat into a bigger four-bedroom one, to integrate or separate the kitchen into the living area and to divide the uncluttered space of the living room into a smaller one and an extra bedroom.

On the exterior, its facade breaks the ever-present composition based on horizontal lines and window apertures, introducing a new eight-storey scale which divides the facade into different sectors.