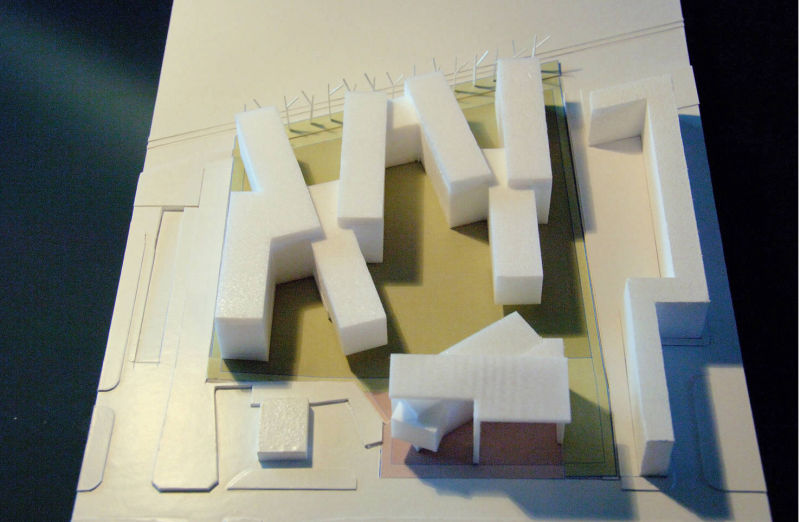 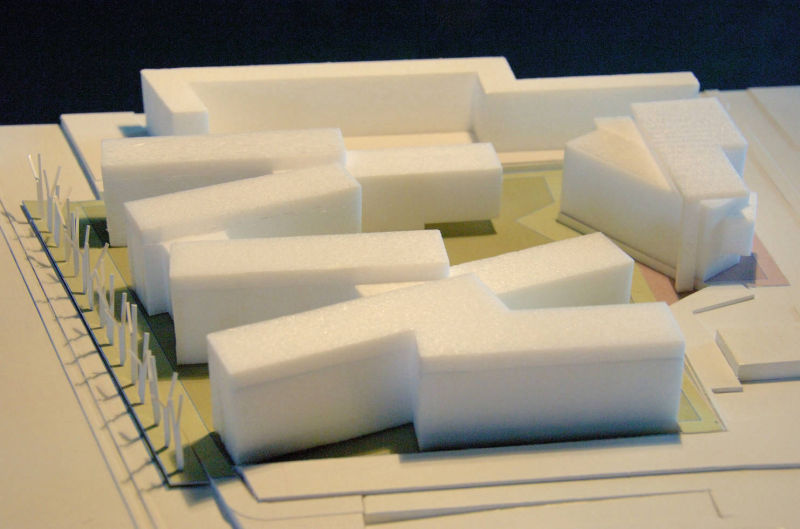 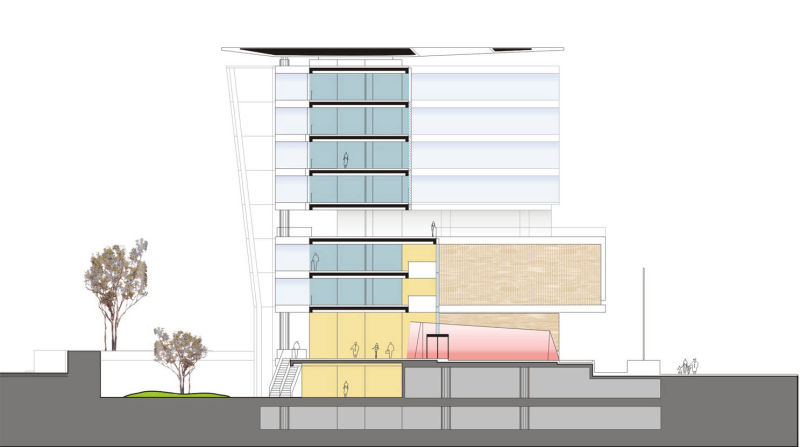 This project for a business park is defined through the mutual correspondence between the buildings that make up the complex and the open spaces that complement them. The various structures are situated as near to the perimeter of the site as the conditions of their surrounding area allow. Thus, an open space remains in the centre of the plot that allows broader views from the buildings, better exposition to sunlight on the facades and the extension of social relationships among users into the open air.

Towards Méndez Alvaro Street the composition of the structures forms a portico entrance into the shared space; consideration is given to the fact that the impression perceived from the main street has to be impeccable, attractive and memorable. The building occupied by the head office is situated on one of the corners, maintaining in front of it an autonomous square. The corporative character of the head office is established as much by the singular volume of the building as by its intimate relationship with this independent representative square. The boundary between the plot and the railway line is acoustically and visually insulated by means of a dense barrier of foliage.