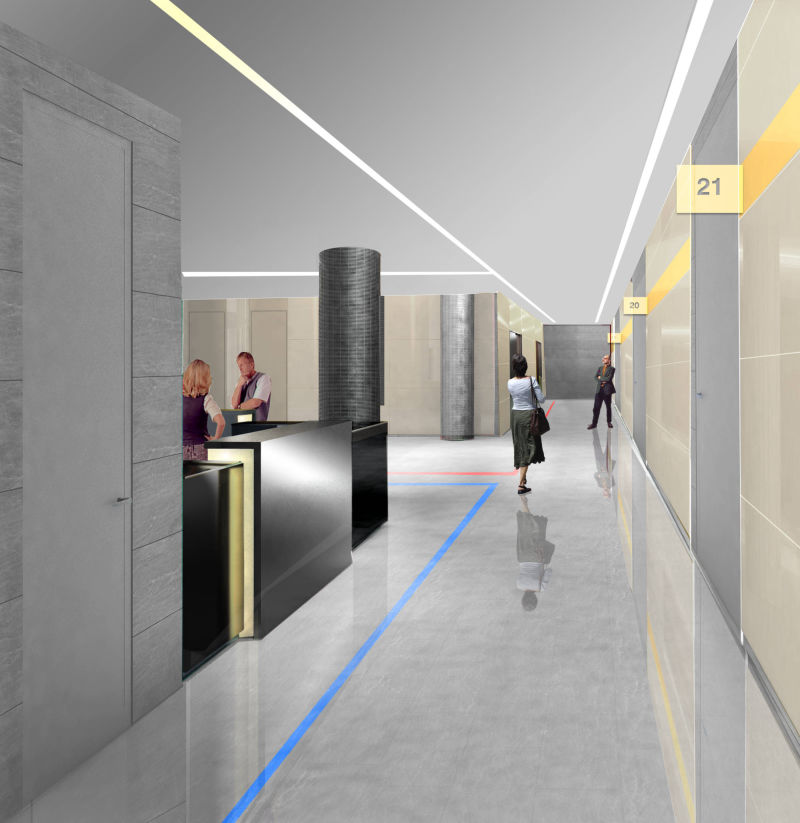 In the design for this medical centre special attention has been paid to the visual integration of the building into its surroundings by means of the use of colour, the layout of the structures, and the landscaping; to the architectural design strategies and installations that mean an evident saving in the construction and subsequent maintenance of the building; and to the functional response to the rigid programme of sanitary needs and interrelations imposed by the scheme

Since the identity of the location in which the project is to be situated is unknown, the layout of the building corresponds scrupulously to its optimum positioning, as well as to solar protection of courtyards and roofs to reduce over exposition to the sun in summer but maximizing its benefits in winter, thus balancing the need for conditioning between the seasons. To relieve the initial rigidity, there is a play on the idea of a series of interior open spaces, situated in public waiting areas or private work zones, which can be used for relaxation to mitigate the indoor high density. The chromatic identity of the different elements is a factor that lends character and quality to the public space, as well as giving it its own identity and image.

The materials used have low cost maintenance, are non-contaminating during manufacture and installation, and have feasible recycling possibilities at the end of their life cycle. Xerogardening, gardening that makes rational use of water, creates a microclimate which helps to humidify the air currents used for the natural ventilation of the building and which filter in through a series of considerable sized courtyards that provide daylight for the inside of the complex as well as fresh air.