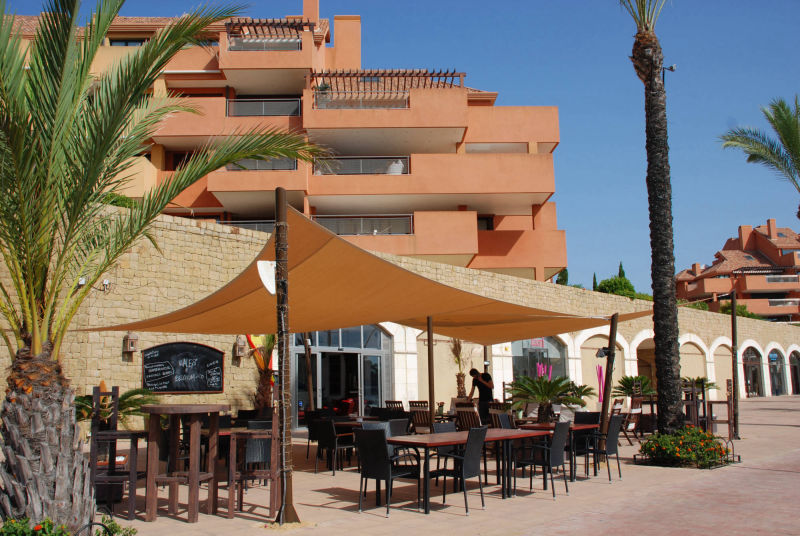 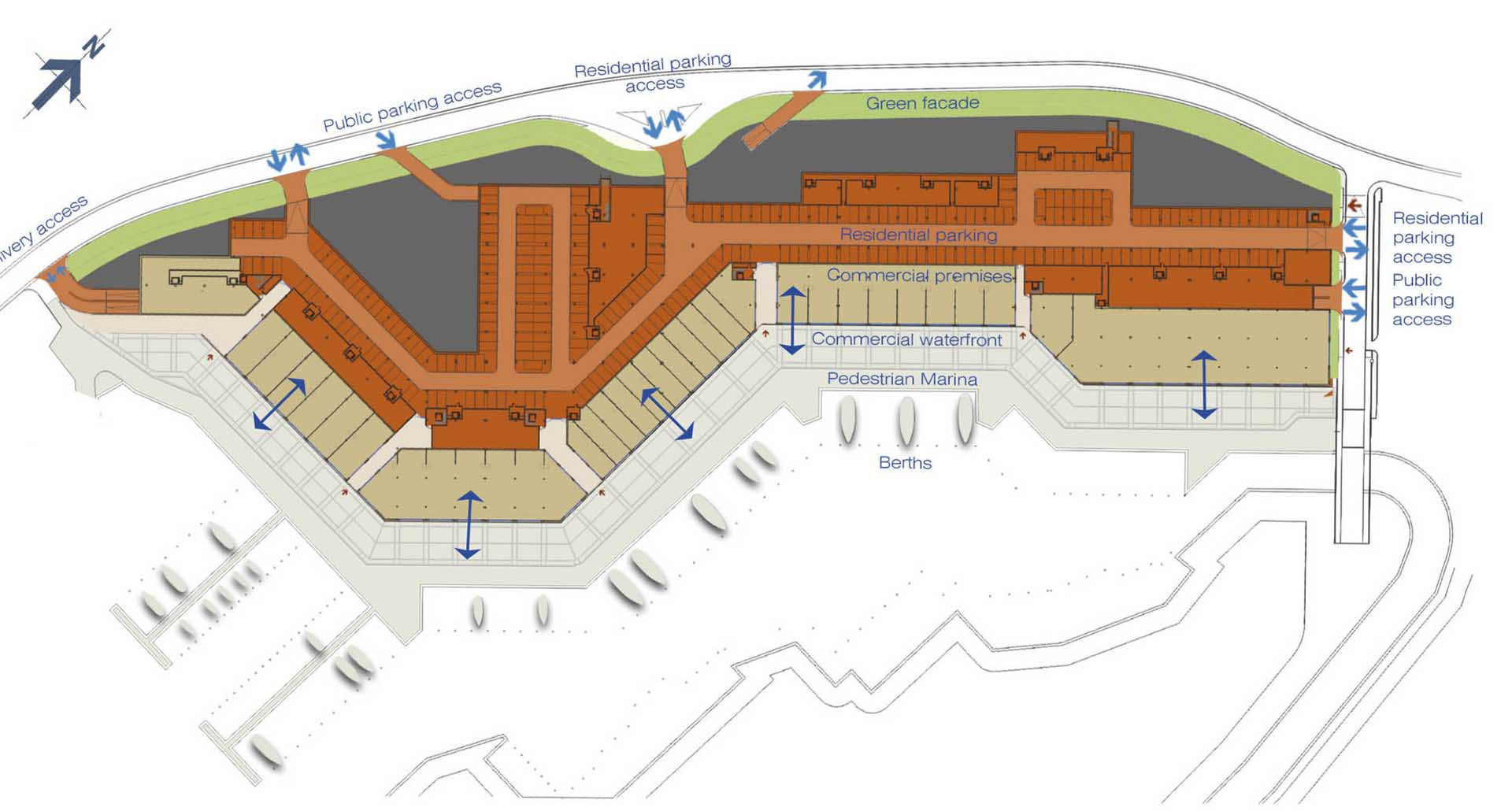 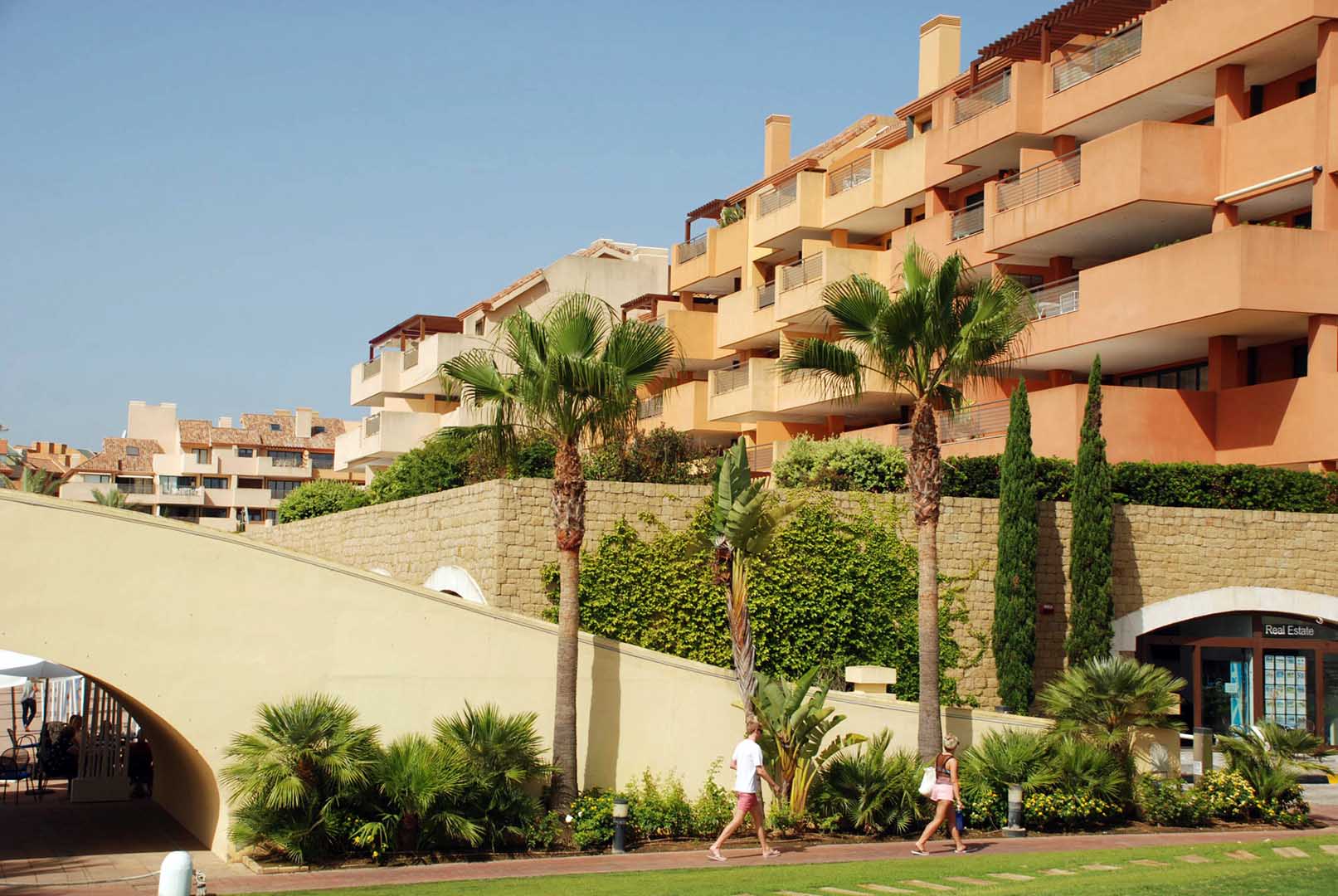 Ribera del Marlin Resort configures and completes one of the margins of the Sotogrande Marina.

The brief requested by the client aimed to harmonise a triple programme formulating the retail, residential and leisure as complementary uses.

The Ribera del Marlin Resort is located near the Rock of Gibraltar, on the coast of the straits separating the Mediterranean Sea from the Atlantic Ocean. This unique setting and its corresponding weather patterns were fundamental when considering the design of the project. In this setting, the resort makes up a large part of the waterfront, with the layout of the buildings arranged to look out to the sea, without forgetting their relationship with nature and the countryside, which spreads out on the side opposite the waterfront.

The sea is the main reference of the setting, so it is towards it - parallel to the coast - that both the residential buildings an the gardens are laid out, and so are the façades of the retail premises and the promenade in which these are situated.

The difference generated in height level allows a clear functional separation of the vehicle access, parking areas and storage zones of each use, optimising their interrelation. The construction of service areas underground, which allowed exterior traffic space to be liberated, was a technical and construction challenge due to the situation below sea level.

The retail premises make up the frontline of a promenade, which also includes nautical activity at the mooring points and enjoys a sense of spaciousness provided by the residential buildings´ gardens, situated on the roofs of said premises. The direct connection to the nautical activity determines the functional and formal organisation of the retail areas.

Onto the promenade and the marina the commercial premises are glass-fronted so that commercial activity can be extended outdoors. Below, warehouses and loading bays are found, which are accessed by an interior service road. This solution frees up the promenade from vehicle traffic, with just access for outfitting the boats along a service lane integrated in the design.

The residential units participate in the promenade's commercial life, but with the privacy lent by setting back the buildings behind protecting gardens.