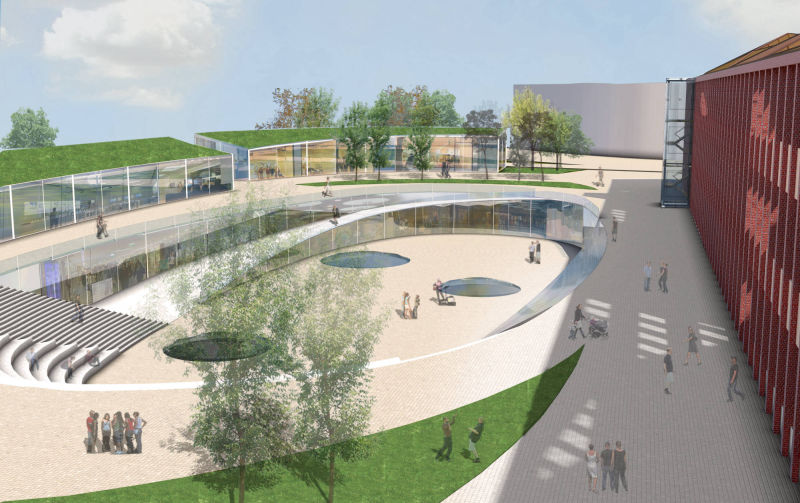 Rehabilitation and conversion of an industrial building into Shopping Mall

The project’s origin was the rehabilitation of the main building of Iwer Industries, in order to transform it into a shopping centre. Due to its size and location, in an industrial area of Pamplona that was being renovated, it was considered that the project was going to have a special urban impact. Therefore, it dealt with a wide range of intervention scales, from urban regeneration to constructive detail of the restoration, being the object of our project the consistent relation between those scales without losing the specific character of each individually.

The project’s fundamental value was the rehabilitation of the two main naves of the existing building. Its cross point was taken as the origin point for the spatial organization, their facades were restored and the inner space was emptied in order to be redefined with linear commercial spaces. The exterior was re-configured and divided by the crossing of the new commercial naves. In each one of those areas, the architectonic intervention had different guidelines in order to setting up use connections with urban environment: public square, gardens, open-air street markets and surface parking area.

The first basement extended the commercial area, which had its accesses and natural illumination through openings built in the garden and the square. The complex also was extended with new below ground garage floors.