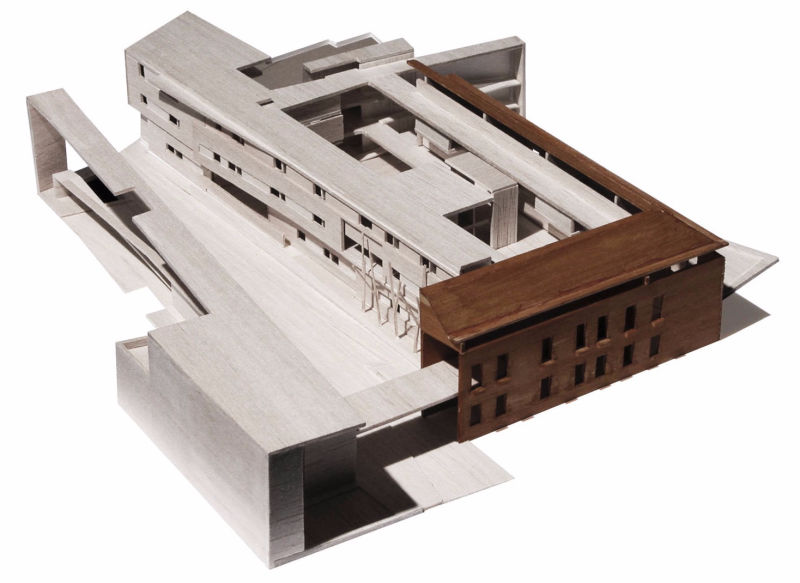 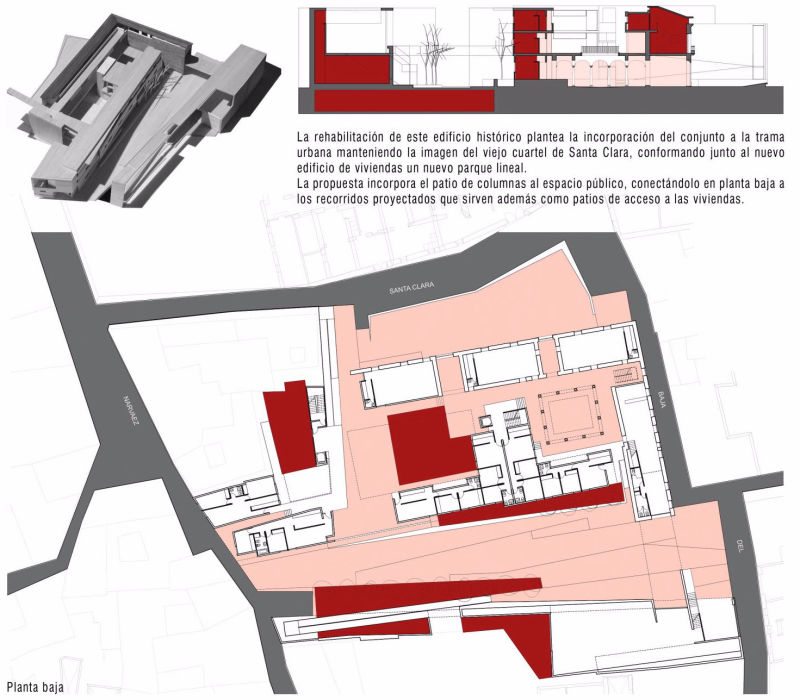 Competition - Conversion into Cultural Centre and Block of Flats

The conversion of these historic buildings intends their incorporation into the city structure while maintaining the appearance of the old Santa Clara barracks at the point where they overlook the square and Horno de Santa Clara Street, so that, together with the new block of flats, new public spaces are created, with special emphasis on spatial continuity. The inauguration of the new linear park permits Narvaez and Baja del Marquéz Streets to be connected from east to west. The limits of this new public space within the city structure are established by the terrace of south facing housing and the new north facing cultural centre. The qualities of this area allow it to be both dynamic in its course and use and also static for public leisure.

The project incorporates the existing colonnade within the public area, connecting it on ground level to the new projected open spaces which are also used as access areas for the housing block.