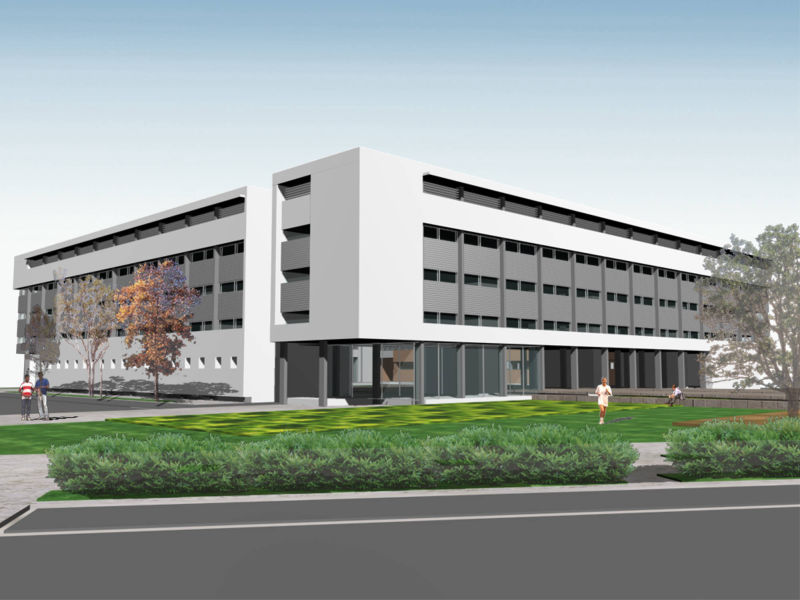 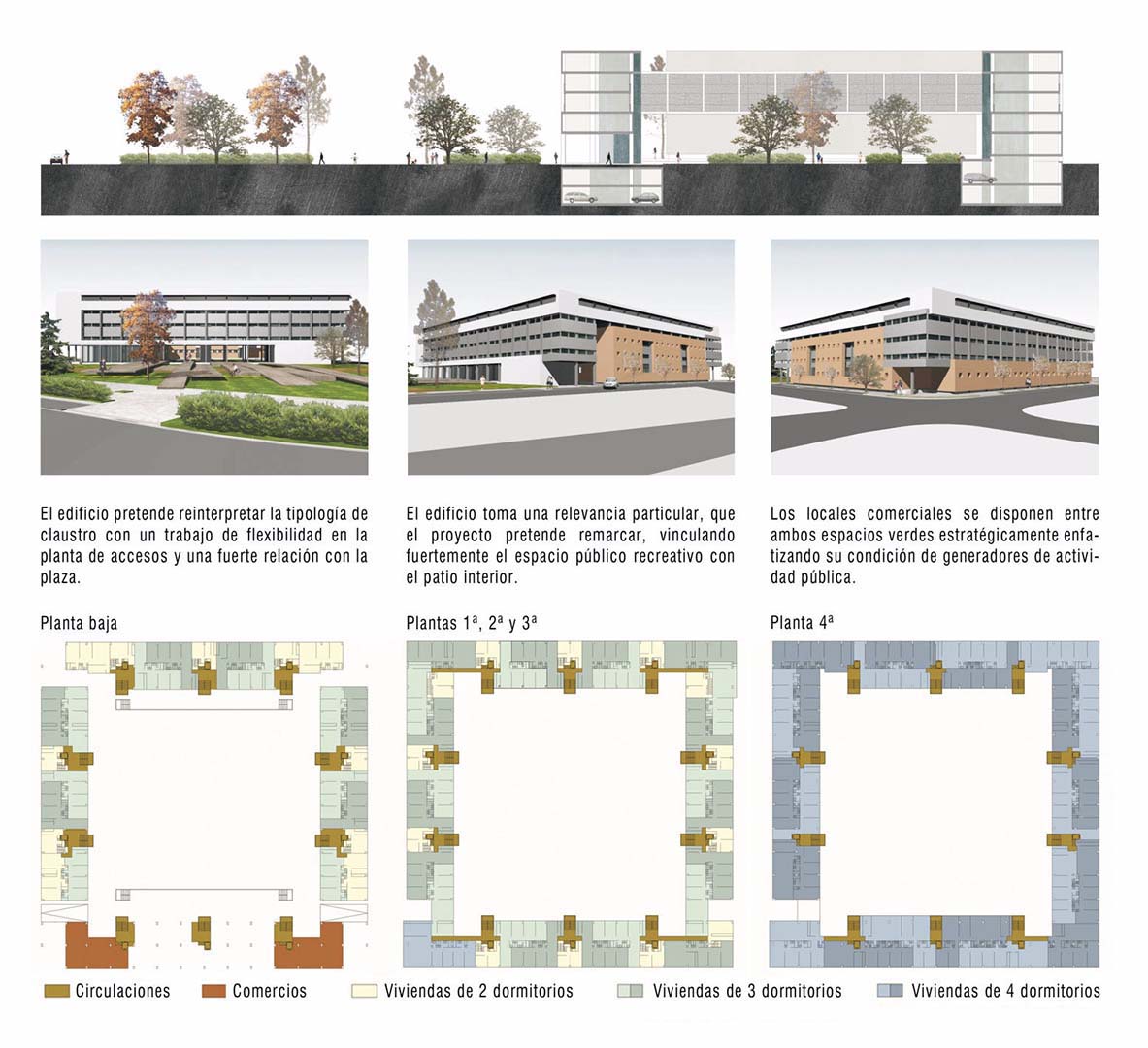 The building aims to reinterpret a cloister typology, with great flexibility on the access floor, and a strong relationship with the square. In this way the limitations of the "ring" that the council allow as suitable for building are extended, allowing greater permeability between public outdoors and private outdoors. The morphological work aims to create continuity, leaving empty and thus dematerialising the corners, and so allowing room for pedestrian access, as well as access to the underground parking areas.

Public recreational space in urban life represents an element that characterises inhabitation. In this sense the park next to the building takes on a particular relevance that the project aims to highlight, linking it strongly to the interior patio. So a spatial relationship is formed which brings about a flow of uses and activities to two outdoor spaces that will enhance each other.

Commercial premises are strategically situated to attract attention on the ground floor between the two green zones and take on the condition of generators of public activities, allowing them to be of use to both the residents of the building and the general public.

The patio is of vital importance in the running of the building, acting as a kind of grand foyer from where access is gained to the vertical cores which lead to the housing units. In this way the central area of the building becomes an intermediate space which tones down urban contrasts and scales between what is public and what is private.